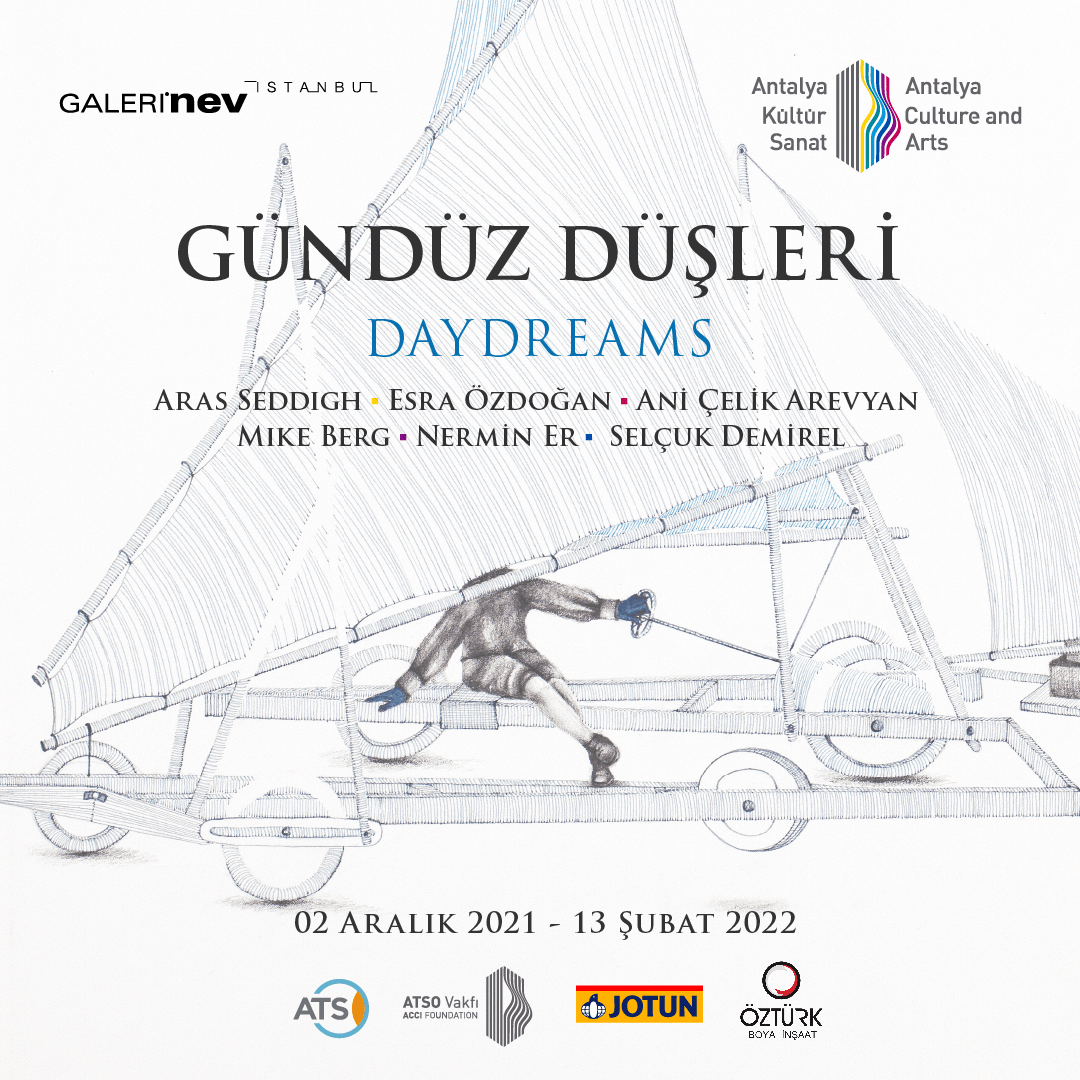 Daydreams, a group exhibition based on the state of dreaming by combining real and unreal images while awake opened at Gallery Nev İstanbul in March 2021.

Bringing together the latest works of Mike Berg, Selçuk Demirel, Ani Çelik Arevyan, Esra Özdoğan, Nermin Er and Aras Seddigh, the concepts such as imagining and daydreaming can be often felt through ambiguous spaces, repetition of defined / undefined images, nature abstractions and the expression of solitude in diverse series of the artists.

During the daydreams, the mind spontaneously wanders between different paths of thinking while the analytical and empathetic parts tend to shut down each other in the process. This state of alternation between reality and imagination, also triggers creativity and makes connections between different images. Characterized through the shifting of attention to a series of thoughts produced from long-term memory and often transforming into a narrative form, this condition, which is also defined as the stream of consciousness, can also be stated as the sleepwalking of the mind.

The works in the exhibition bring together the timeless, spaceless, undefined scenes and figures built by the memory and narrated through the repetition of various images. Paintings, drawings, photographs and sculptures, where reality and fiction meet, focus on the dreamscapes of the artists where the symbols are instrumentalized in order to reflect on different meanings.